The position in the future empire of the Frisians, another Germanic people, was discussed on 5 April 1942 in one of Hitler's many wartime dinner-conversations.[21] Himmler commented that there was ostensibly no real sense of community between the different indigenous ethnic groups in the Netherlands. He then stated that the Dutch Frisians in particular seemed to hold no affection for being part of a nation-state based on the Dutch national identity, and felt a much greater sense of kinship with their German Frisian brethren across the Ems River in East Frisia, an observation Field Marshal Wilhelm Keitel agreed with based on his own experiences.[21] Hitler determined that the best course of action in that case would be to unite the two Frisian regions on both sides of the border into a single province, and would at a later point in time further discuss the topic with Arthur Seyss-Inquart, the governor of the German regime in the Netherlands.[21] By late May of that year these discussions were apparently concluded, as on the 29th he pledged that he would not allow the West-Frisians to remain part of Holland, and that since they were "part of the exact same race as the people of East Frisia" had to be joined into one province.[57] 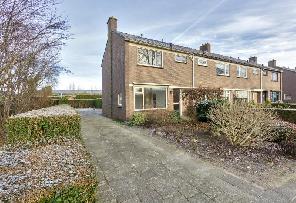